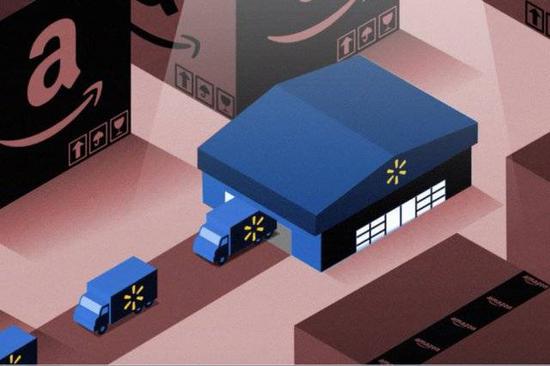 a window into the future

shortly after its opening on the first day of chinese new year, the wandering earth (《流浪地球》) began to gain momentum (展现强劲势头). in a little over a week, it made 2.8 billion yuan in the domestic market alone. the film’s popularity and success has come as a surprise to many reviewers especially since there hasn’t been that much success for chinese-produced science fiction in the past. many agree that this film will change the embarrassing situation and bring in a new age for chinese science fiction.

as a genre (类型), chinese science fiction has lagged behind general fiction in both the film and publishing industries. even liu cixin's (the author who wrote the short story on which the wandering earth is based) the three body problem (《三体》) — which is currently quite popular — didn't have many readers until it was translated into english and won the hugo award (雨果奖) in 2015. personally, i haven't read much of any genre written in chinese, but i do notice that there aren't many separate sections of the bookstore dedicated to science fiction. i cannot speak for everyone, but some people seem to have misunderstandings regarding the genre.

my parents were the type who tried to steer me in the direction of non-fiction and the classics. they believed that science fiction and fantasy (幻想作品) were "unrealistic nonsense" and would "rot (腐蚀) my brain." actually, great science fiction writers do their research. more often than not, one can learn a great deal about science and its possible development from reading science fiction. sure, some of the concepts may be confusing or technical in nature, but that is also part of the appeal. things like the internet, electric cars and tablet computers were first theorized (建立理论) in science fiction before they were invented. the author simply uses a combination of science and their imagination to create worlds different from the earth of today, from which we can get bits and pieces that can be turned into a reality.

the world is changing. there may very well be a time when earth is no longer able to sustain the entire population. we could be living on mars or in giant spaceships; perhaps we will be forced to move earth to a new solar system just like the wandering earth. each of these scenarios (设想) has appeared in science fiction multiple times. if we are to be prepared for what is to come, we can look into modern science fiction for a window into the future.

who is the man in the picture? what do you know about him?

he is liu cixin (刘慈欣), a chinese science fiction writer. he is famous for his work the three-body problem, published in 2007. he is the first author from asia to win the hugo award (雨果奖) for best novel. the adaptation of his short story, "the wandering earth," was released during the spring festival. it became the second highest-grossing film at the chinese box office within two weeks.

science: knowledge about the world, especially based on examining, testing and proving facts

fiction: the type of book or story that is written about imaginary characters and events

→science fiction: books, films or cartoons about events in the future which are affected by imaginary developments in science, typically dealing with space exploration, time travel and extra-terrestrial (外星球的) life

1. the film's popularity and success has come as a surprise①to many reviewers especially since ... and bring in②a new age for chinese science fiction.

① come as a surprise (to sb.): to happen unexpectedly 出乎意料

e.g. last night's heavy snow came as a complete surprise to us.

② bring sth. in: to introduce sth. new, such as a product or a law 引进（新产品、新法规等）

e.g. the building industry brought in rules to protect customers.

2. the author simply uses a combination of science and their imagination to create worlds different from the earth of today, from which①we can get bits and pieces②that can be turned into a reality.

① “from which ... into a reality”是一句定语从句，which指代的是“worlds different from the earth of today”。

e.g. this is the book from which i got the story.

e.g. i always have a lot of bits and pieces in my coat pocket.

3. there may very well be a time when earth is no longer able to sustain the entire population.

☆ may well: if you say that sth. may well happen, you mean that it is likely to happen 很有可能

e.g. linda rejected your proposal because she may well want to travel alone.

complete each sentence using one word from the box in its correct form. note that there is one word more than you need and you can use each word only once.

1. it should come as no surprise that china has been playing a more important role in international affairs in recent years.

2. at the back of the room is a computer dedicated to looking for books in the library.

3. the death of her son was an experience from which the old woman did not recover for a long time.

4. i haven't met my middle school classmates since we graduated, so i may well not recognize them.

1. according to the article, which of the following statements about the wandering earth is not true?

a. critics did not expect too much of the film before its release.

b. it is the first time that chinese science fiction has achieved success in the film industry.

c. the film was adapted from a short story in liu cixin's the three body problem.

d. in the future we might be faced with similar crises to the one described in the movie.

a. has little interest in science fiction

c. was not allowed to read science fiction by his parents

d. has not been prepared for the future development of science and technology

a. people's misunderstandings about science fiction

do you like reading science fiction books or movies? would you recommend science fiction as a genre to your friends? why or why not? write an english composition in 120-150 words to express your opinion.

「英语阅读进阶版」mooncake tradition gets a modern makeover